Planning a wedding in 2018-2019? We can help make your special day an event to remember. Exeter Events is ready when you are so give... Read More 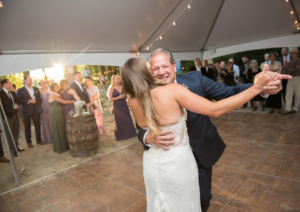 Planning a wedding in 2018-2019? We can help make your special day an event to remember. Exeter Events is ready when you are so give us a call today.

Whether you’re going sleek and glamorous or bohemian and whimsical for your wedding, there’s one thing either affair will need: a generous helping of lovey-dovey, romantic wedding songs. These will bring out all the feels and make the reception feel like a giant love fest.

Naturally, all of these tunes can be played as a first-dance song, but they can also make it into the set list for your wedding band or on the must-play list for you DJ. Who wouldn’t want to include slow dances like Eagles’s “Best of My Love,” Frank Sinatra’s “The Way You Look Tonight,” and The Beatles’s “Something”?

This list isn’t all oldies; some of the most romantic songs come from recent memory. Sway to the gentle harmonies of Daniel Caesar’s “Best Part” (known for inspiring proposals all over), Beyoncé’s debut album title track “Dangerously In Love,” and the Marsha Ambrosius-Anthony Hamilton cover of Stevie Wonder’s “As”.

But remember, love songs aren’t always slow. There are plenty of uptempo hits that will get your guests movin’ and groovin.’ Think Al Green’s “Let’s Stay Together,” Janet Jackson’s “That’s The Way Love Goes,” Jack Johnson’s “Better Together,” and Hall & Oates’s “You Make My Dreams Come True.” Some of our favorite Indie tracks have a deeply romantic core—just listen to the lyrics of Walk the Moon’s “Aquaman” and try not to feel the warm and fuzzies all over.

From slow to fast, R&B to country and everything in between, these are the most romantic wedding songs of all time.

75 Romantic Love Songs for Your Wedding

Planning a wedding in 2018-2019? We can help make your special day an event to remember. Exeter Events is ready when you are so give... Read More