Here's a good article from Newsusa.com regarding financial information for newlyweds. It's a catchphrase that's been described as perhaps the first "I do" for newlyweds,... Read More 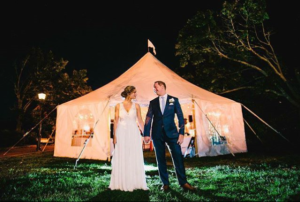 Here’s a good article from Newsusa.com regarding financial information for newlyweds.

It’s a catchphrase that’s been described as perhaps the first “I do” for newlyweds, and it’s especially relevant as we head into wedding season. Because as much as you may think no two people have ever been more in love than you are – hey, look at the size of that engagement ring! – the truth is that it could be less than smooth sailing ahead if you’re not on the same page when it comes to financial matters.

“Couples have a very hard time talking about money,” Joan Atwood, a Hofstra University professor of marriage and family therapy bemoaned on an NPR “Money Coach” segment on the issue. “I would say it’s the last taboo.”

Ready to break it? Read on.

* Set common goals. You probably discussed this in a dreamy sort of way while dating. You know, a large house with a swimming pool … yearly vacations. But turning those reveries into reality requires habitually saving to pay for them and finance your later retirement years – not to mention deciding whether both partners contribute equally or based on salaries.

“The median ages for brides and grooms are 29 and 31, respectively, these days,” said Andrew Peterson, a vice president at Fidelity Investments (fidelity.com). “So while people may come into a marriage with their own assets, they need to take some time after the wedding to sit down and start getting organized as a couple.”

* Be transparent. There’s no law that says you have to put all your cash into a joint savings account – some couples do, some don’t – but at the very least you’d be “less than truthful” by not divulging any outstanding debts. And then figuring out, together, how to pay them down.

* Safely store your information. Quick: What’s your new spouse’s Social Security number? And what other vital information don’t you know if a sudden need arises?

To truly mark your financial coupling, you might consider using an online service like FidSafe.com that lets you store, access and share all your new family’s important records and documents anywhere via a web browser or iOS app.

Not only is it free and simple to use with handy checklists, but even before it was officially introduced two years ago by Fidelity – Get it? “Fid Safe” – Barron’s magazine gave the service five stars for being what it called “the first cloud-based safe deposit box we’ve seen that’s secure enough to organize everything from financial statements, insurance policies, and real estate records to a will, IRA benefits, and even passwords.”

“With all the other things on their to-do lists, newlyweds typically don’t focus on all the important financial and other documents they need to begin married life on a solid footing,” said Peterson. “This makes things easier for them from the start, as well as through the years as they have even more joint documents to retain – including those related to perhaps buying a house and having children.”

You get up to 5GB of storage, which leaves plenty of space left over once you download your new marriage license and the receipt for that engagement ring.

* Investigate this option. Do you both get health insurance through your employer? Congrats. You may have just saved yourselves some money if it works out it’s less expensive for one of you to be on the other’s plan rather than pay for both.

Here's a good article from Newsusa.com regarding financial information for newlyweds. It's a catchphrase that's been described as perhaps the first "I do" for newlyweds,... Read More