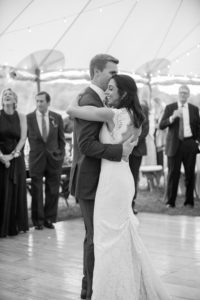 Here’s an informative article from NewsUSA on wedding band selection.

Congratulations to all you soon-to-be grooms. Now that your wedding is only months away, your jewelry collection — just a watch, huh? — is about to increase by as much as 50 percent.

Meaning, it’s time to start thinking about what kind of wedding band you want for yourself.

Wedding bands have become the norm for men in recent years

— 97 percent of grooms in The Knot Market Intelligence’s “2011 Engagement & Jewelry Study” opted for one — so even if you have any doubts, your bride will probably set you straight. That means your only real decision is what kind of band best suits you.

To hear CNNMoney.com tell it, there are basically two camps: those who “don’t want to compromise” when it comes to quality (platinum bands), and those who feel they cannot afford the best and therefore need to settle (bands made from alternative metals). But, as jewelry expert Michael O’Connor points out, that doesn’t really give the whole picture.

“It’s true that platinum is so rare — 30 times more so than gold — that if all the world’s supply were melted and poured into an Olympic-size pool, it would barely reach your ankles,” O’Connor says. “But men’s platinum bands start at $500.”

That turns out to be pretty comparable to the cost of the two most popular alternative metals: titanium and tungsten carbide. Both are perhaps best known for being used to make fighter jets. Cool, right? Well, yes, but that also means they’re intrinsically lightweight and lack the heft of platinum.

“Most men prefer something that feels masculine on their finger,” says O’Connor.

There are other facts to consider, too. Tungsten and titanium jewelry will need special reconditioning if scratched, and cannot be resized. Even the more popular white gold will require rhodium replating to restore its white color due to wear over time. And while platinum — as all precious metals — can scratch, the metal is simply displaced on the surface of the ring, meaning very little metal is lost in wear. That makes it the most durable family heirloom that will last generations.

Still confused? Then ask yourself this question: How committed are you to your future wife?

If the answer’s what we think, then know that platinum has traditionally symbolized a relationship that will endure since it doesn’t fade or change color. “That’s the kicker for a lot of couples,” says O’Connor.